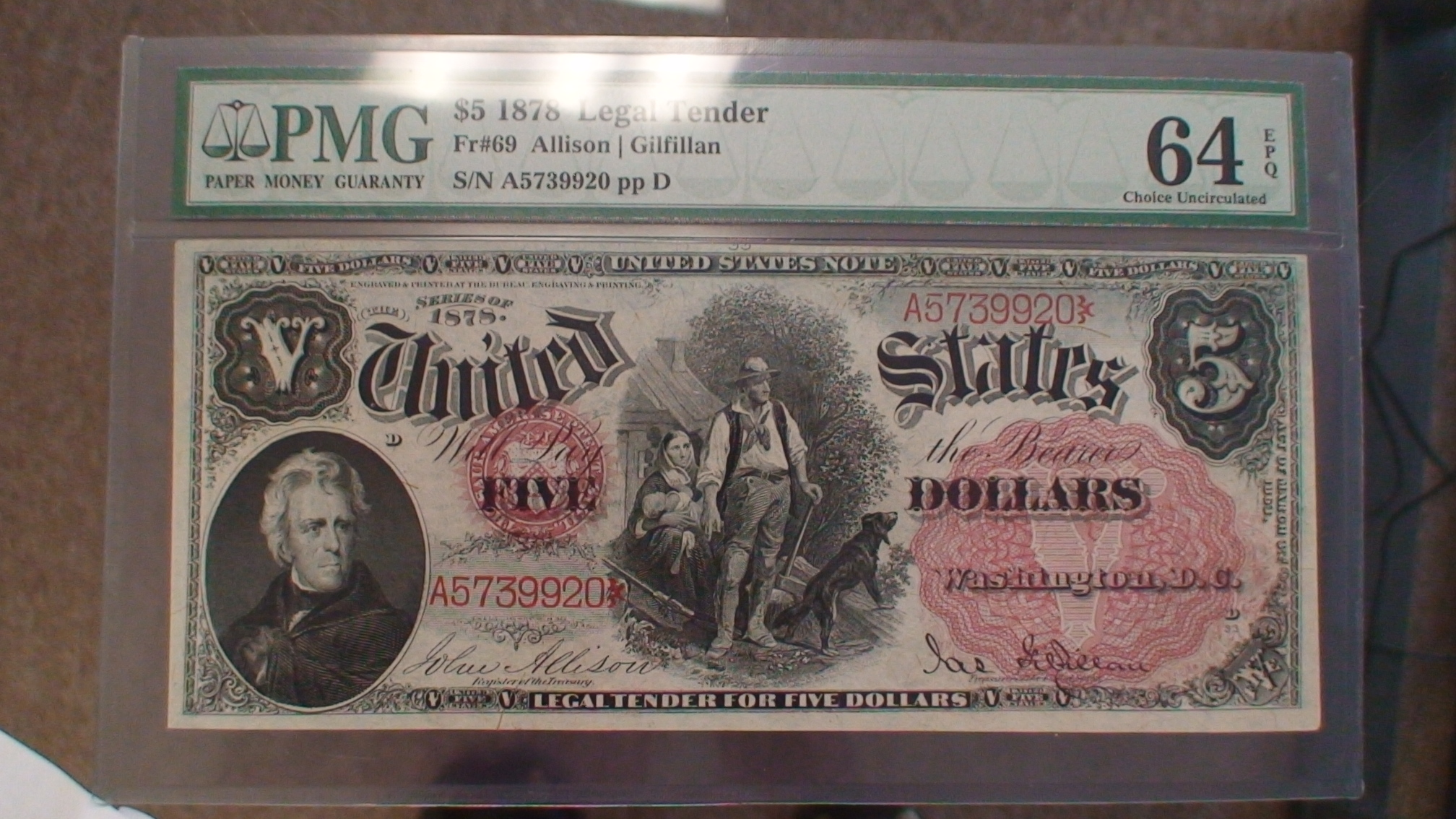 This is a fantastically well preserved $5 civil war era bill.  It is hard to get paper currency in any better condition than this one.  This historical U.S. money sample is graded by at “64 EPQ – Choice Un-circulated”.  EPQ stands for “Exceptional Paper Quality”.

If you are into precious metals and understand the monetary system, you will appreciate the following facts:

Paper money, technically known as “Fiat Currency” is money created by government decree.  It is useful for trade as long as the government that issued it can guarantee its value.  This guarantee is mostly based on the fact that such government pays its debts with it, accept it for tax payments, and enforces the use of such fiat currency in its domain.

As opposed to precious metals, this bill has no intrinsic value.  It is just worth whatever a collector is willing to pay.  It can no longer be used as legal tender either.  So it is not good for trade or paying taxes.  In addition, if this bill would still be usable as money, but burn, its value would absolutely disappear.  So, other than what a collector is willing to pay for it an artifact, it is worthless.

Any precious metal currency created at same time as this $5 bill is still good.  It is still worth its value as precious metal.   Gold and Silver coins cant be burned.  At best they can be melted and subdivided.  Even like that, just as metal, the remains will retain its value as precious metal.  There are thousands of uses for gold and silver.  Of those, there are hundreds of uses for which there are no substitutes.  On top of that, gold and silver can’t be created with a printing press and later made obsolete. 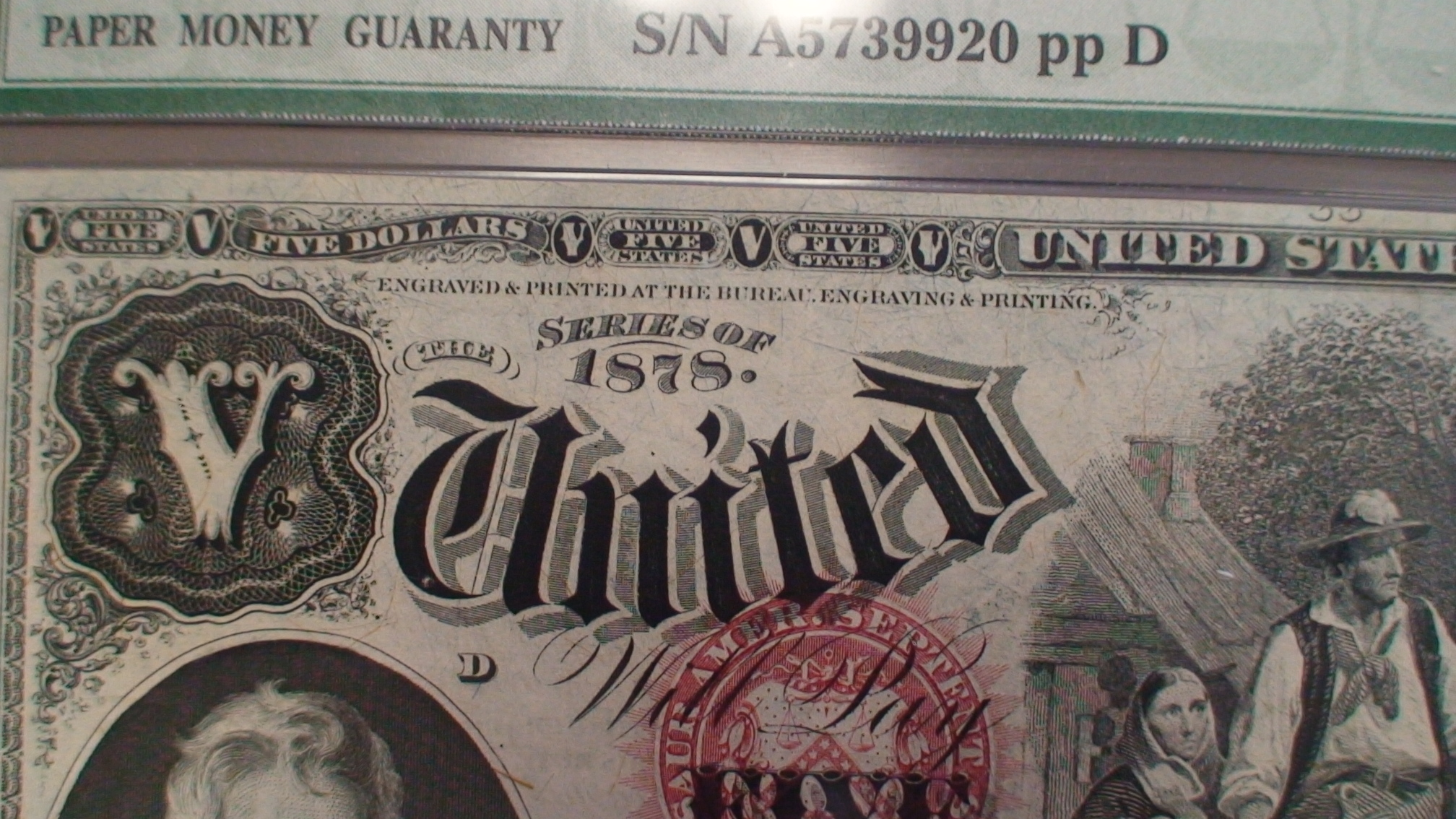 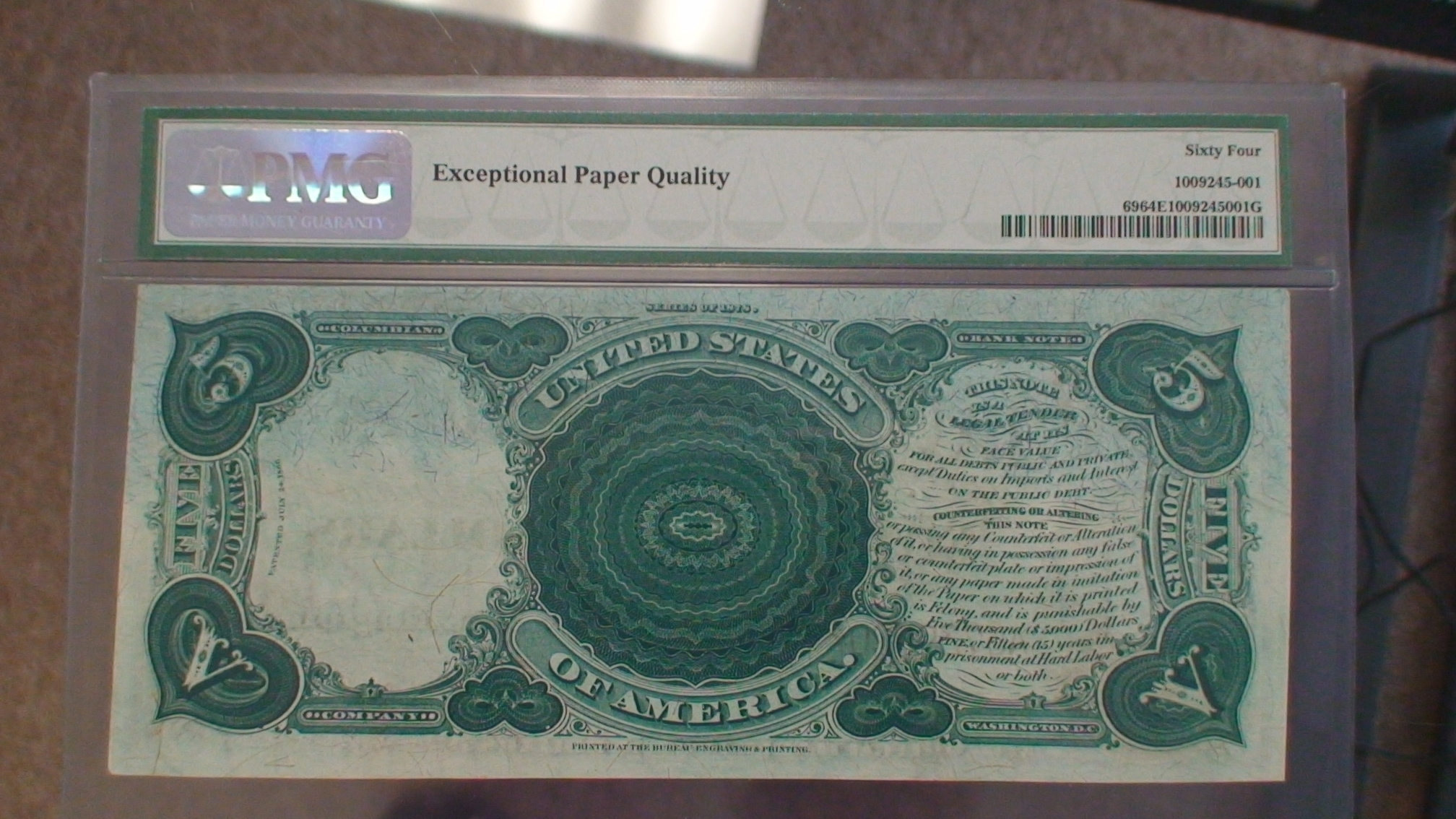 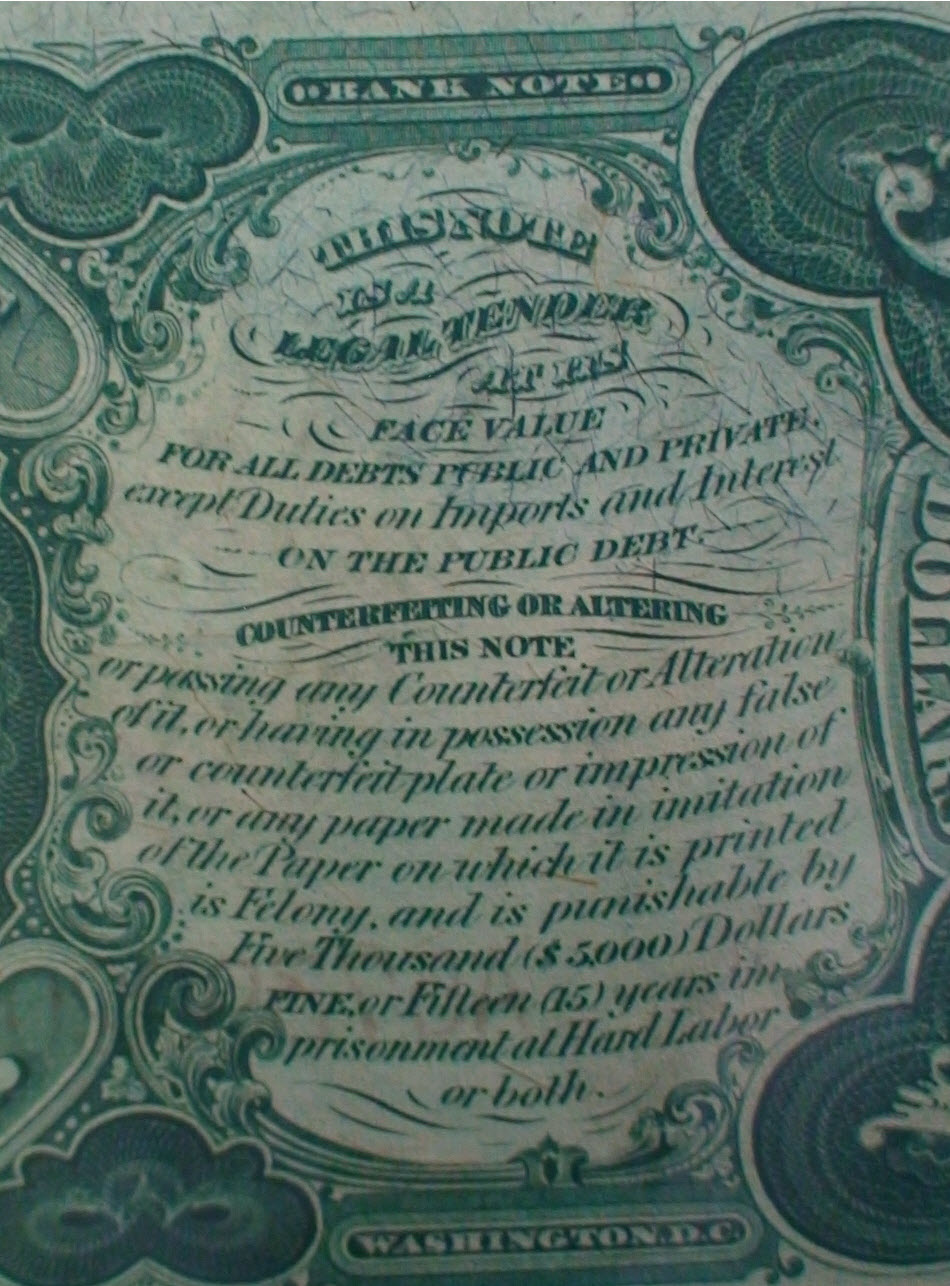