What Makes Gold So Valuable

The Value of Gold

Gold is So Valuable Because It is an Amazing Substance.  Among many other qualities, gold is:
Gold is Time Proven
Lets start with this fact:  Multiple historians and scientist have calculated that by the time the first Egyptian pyramids were built, the gold mines or Egypt were already 200 to 300 years old.  To me, just this fact, regardless of the reason, proves the value of gold through time.  In addition, wealthy individuals, banks, central bank and nation states store great amounts of wealth in the form of gold bullion.  All the "big boys" trust gold more than currencies.   Do you need any additional social proof?
Gold is Hard to Substitute
As I write this, in the year 2014, gold has over 200 industrial uses for which it has no substitute.  In Oregon, where I live, by far, the largest consumer of gold is Intel.  Computer processors use plenty of gold. In general, electronics us plenty of precious metals.  Basically no gold means no computers.  Have you ever seen ads for recycling computers, monitors, cell phones, etc.  Well, the main idea is to recover the precious metals in them.
Another use of gold is in aeronautics.  The coating of the astronauts visors, and the latest generation jet fighter canopies are also gold based.  No substitute here either.  Maybe a workaround.
Gold is a Scarce Natural Substance
Beyond that, gold is scarce, only created by nature, easy to refine, and easy to alloy.  Men can't manufacture gold. That already has been tried.  In addition, gold is a scarce resource found in limited quantities.  It is said that the best things come in small containers.  Well, in the case of gold, the container is tiny.  Modern FIAT currency can be printed or electronically coded in unlimited quantities.  Not gold.  Just think of the Spanish conquests, the California gold rush.
Gold is Divisible
Gold is just not only divisible into very small pieces.  It can also be compounded into much larger monolithic pieces.  A good example of this is gold bullion.  You can make tiny gold coins and bars.  You can also make into large pieces such as one ounce gold coins, five ounce bars or even large inter-bank trading gold bars.
Easy to Transport

Gold is very easy to transport.  In fact there are plenty of gold bullion shapes specially made for easy transport.  Vietnamese gold leave was made so thing, that is would be sewn into shirt lapels and cuffs.  In the last days of the Vietnam War, that is how most Vietnamese escaped their country.  Their currency became worthless, and any else was either too large or hard to carry, or could be confiscated.
Gold is Perennial

Gold does not decay.  It lasts for ever.  Here is a good example.
In the 1990's a grave from a Greek king maybe contemporary with Alexander the Great was found.  OK.  How long ago this this guy live?  In the vault, most of the items were disintegrated into dust.  Weapons were identified because of rust outlines, bones were identified by the shape left by their residues.  The gold items, on the other hand, where in as good a shape as when they were built.   Same phenomenon with many of the Egyptian king graves.  Is gold perennial or what?
Below is the image of a Spanish Escudo gold coin from the year 1787.  This coin, beat up as it is, if sold for cash, has about the same acquisition power as it did when it was minted.  So today, without getting too exacting, this gold coin buys about as much as it did when a piece of gold of this weight and purity was shaped into this gold coin.
Gold is is valuable because it is an amazing substance. 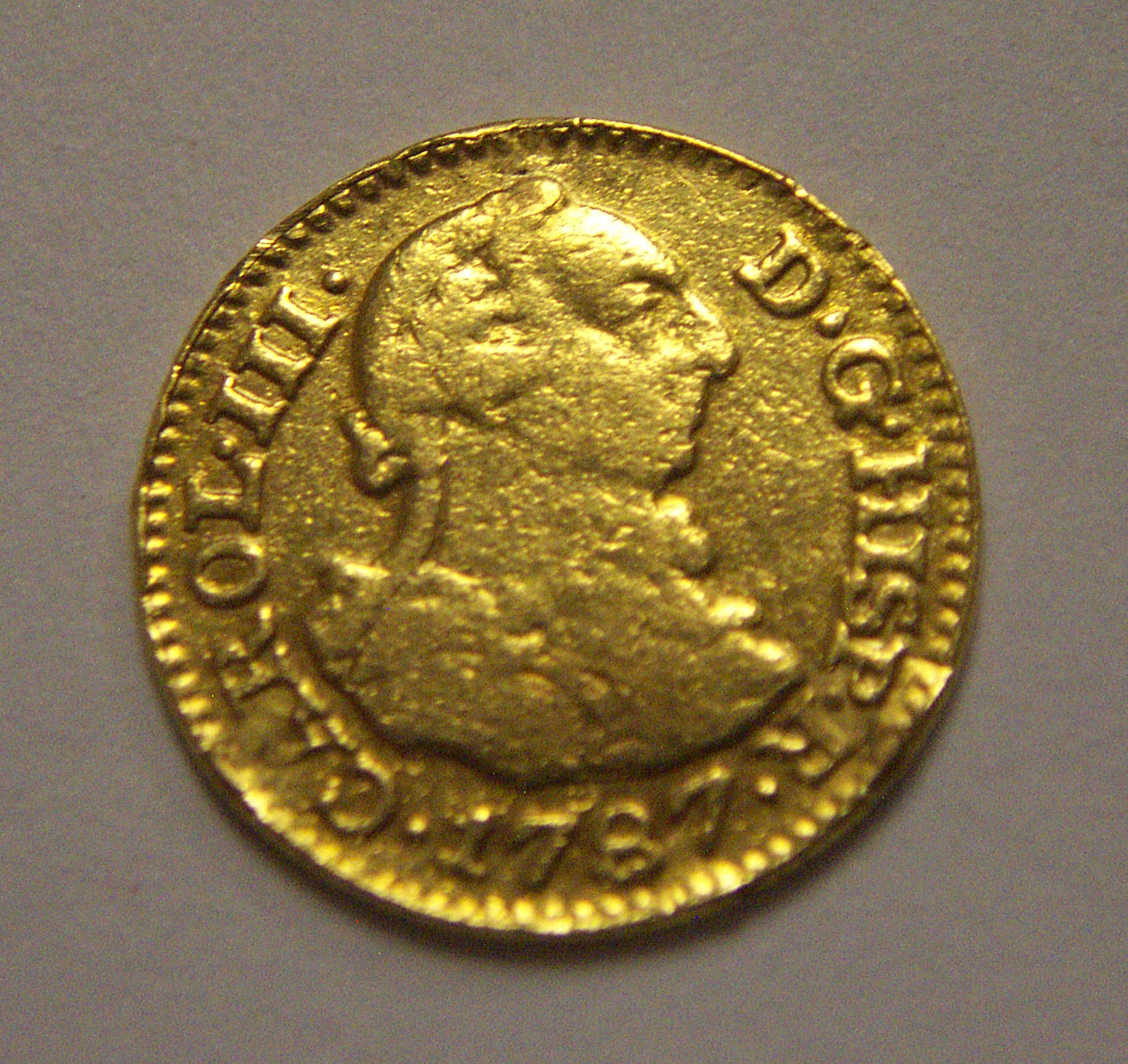