Is Gold and Investment?

Quick Answer:  Gold is not an investment.  It is a storage of value

This article is about physical gold.  This means the possession of gold items, in bullion form, with the ability to dispose of it as pleased.

What is an Investment?

A Matter of Input and Output:

In life, ideally,  you should always get more out of something than what you put in.  The output should be greater than the input.  At least that is the expectation.   The reward should be higher than the expenditure.  This applies not just in finances, but in other aspects of life.  For example, in a relationship, a little bit of effort should result in a lot of fun.  So it boils down to input and output.

Gold as Investment Vs Gold as Storage of Value:

Gold works as an investment only when compared to currencies.  In our case, in comparison with the US Dollar.

This reasoning however, only works when gold is compared to currencies.  So if we compare the how much gold can get for our dollars, or vise-versa, then gold would be qualify as an investment.  However, in reality, upon further analysis, this is type of reasoning is misguided.

Gold as Storage of Value

Physical gold is rare metal, meaning that is hard to find.  Not only that, it has unique characteristics and hundreds of applications, many for which it has no substitute.  There is always demand for gold.  Few people have gold.  Lots of people want and need gold.  This is nothing new.  Gold has been valuable for thousand of years.

Today, as you read this, gold is just as valuable and in as much demand as 4,000 years ago.  Archeologists have calculated that when the Egyptian Pharaos got started, the gold mines of Egypt where at least already 200 years old.  So value gold is basically perpetual.  In the case of the US Dollar, the US Dollar, as we know it today, dates back to only 1971 (when decoupled from Gold by Nixon).   So what is more certain?  Gold or the US Dollar.

Examples of Gold as Storage of Value

Based on the above examples, it could be said that gold was an investment.  However, as demonstrated, in reality, gold was a storage of value.  It is not that the gold went up.  It is that the US Dollar devalued.  Basically, after time passed, it more dollars were required to buy the same item. 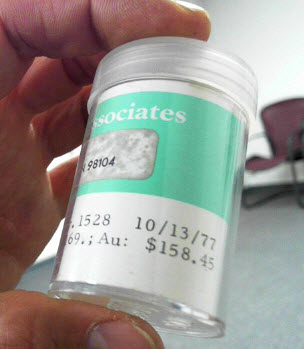