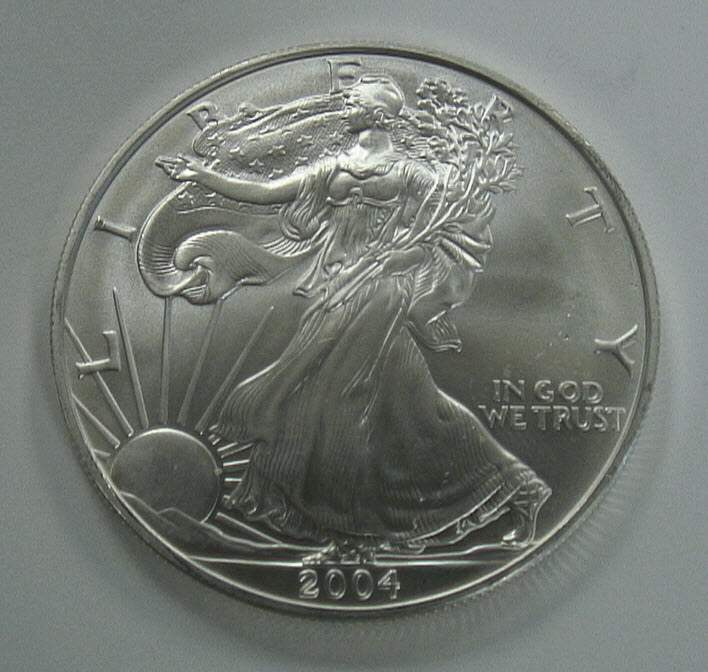 The American Silver Eagle is United States’ official silver bullion coin.  The obverse feature Lady Liberty Walking.  The reverse features the Heraldic Eagle.  It was introduced in 1986 and been in production ever since.

American Silver Eagle coins are .999 pure silver.  Because they are a US Mint product, this silver coin nominal value of $1 and is officially legal tender withing the USA.  Silver Eagles are silver bullion coins.  Although they have legal tender status, they are not really meant for that.  To begin with, pure silver is too soft, and therefore easily defaced.  Silver Dollars, on the other hand, are 90% silver, hard enough for years of circulation.

More info at US Mint 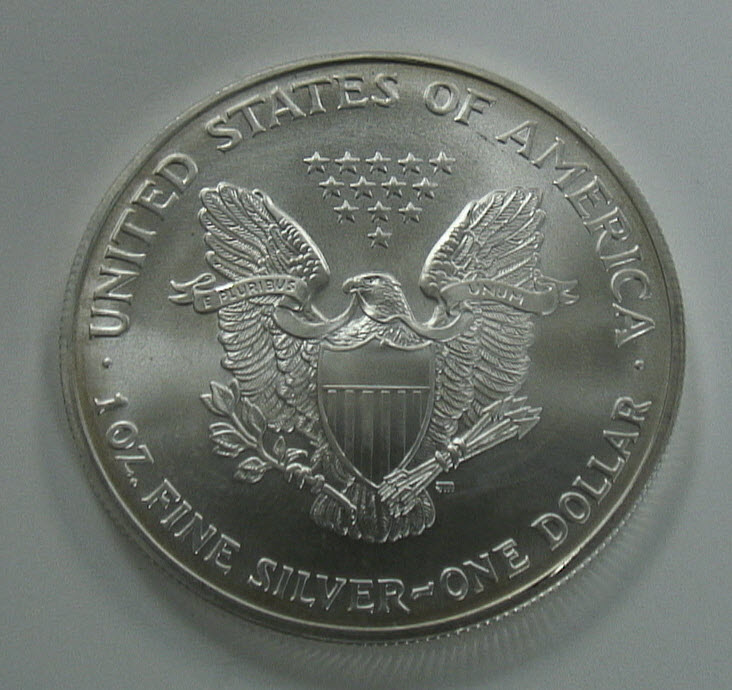 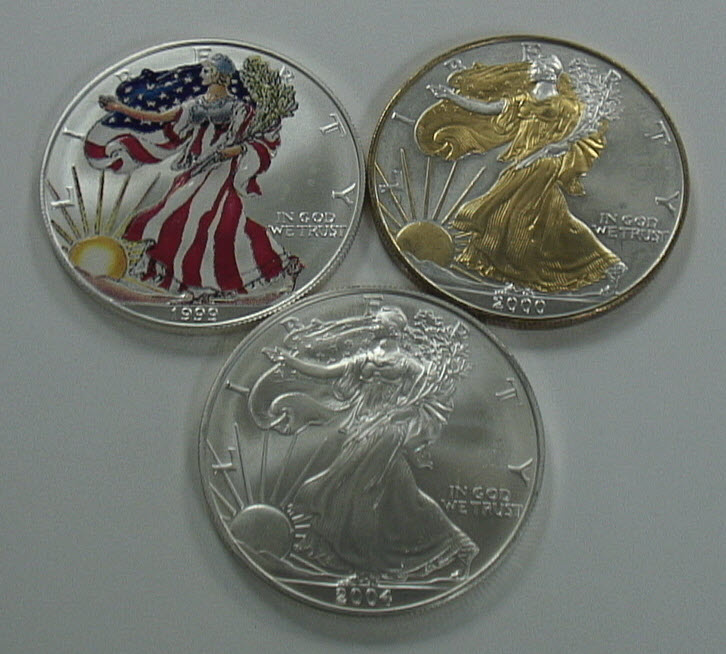 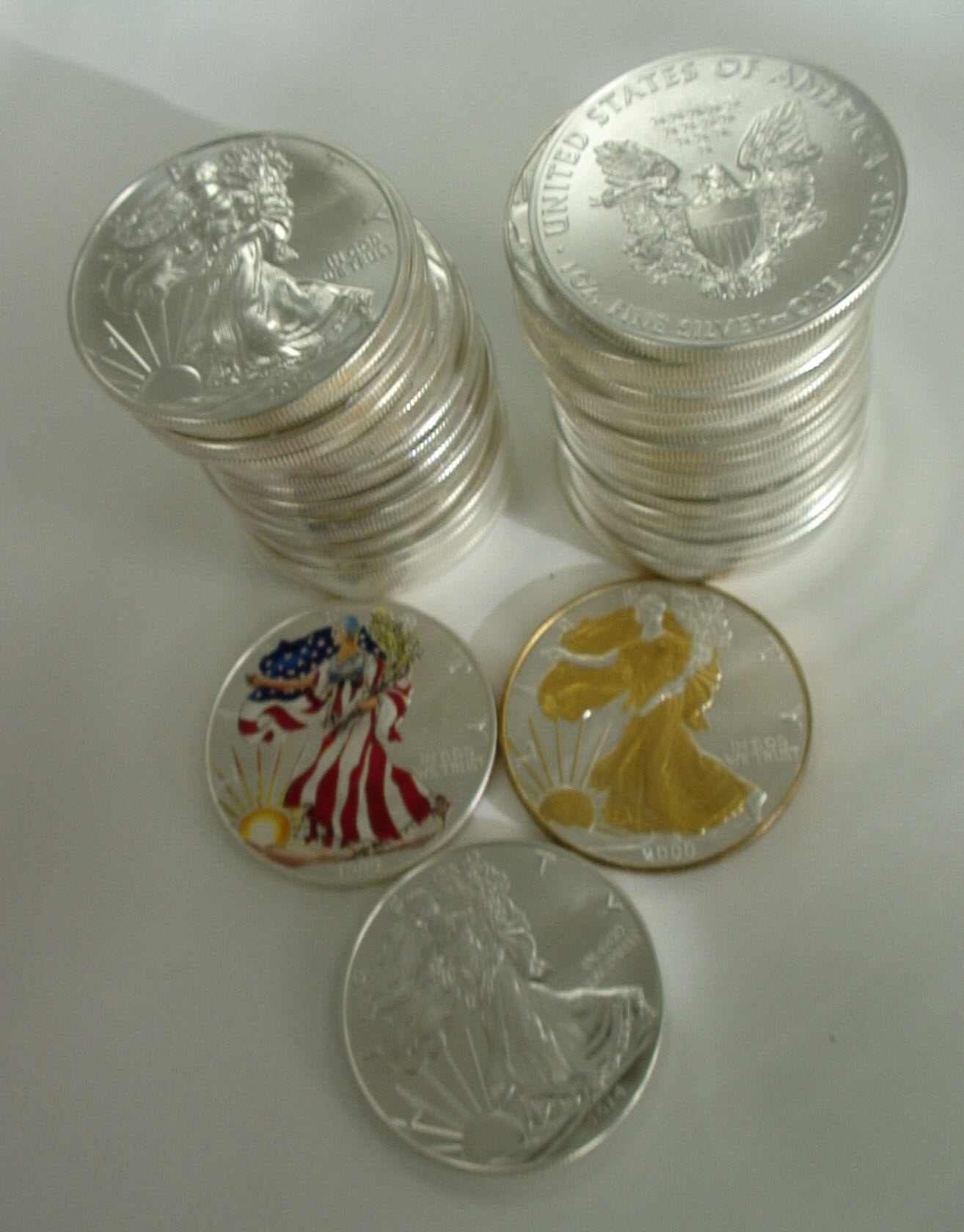