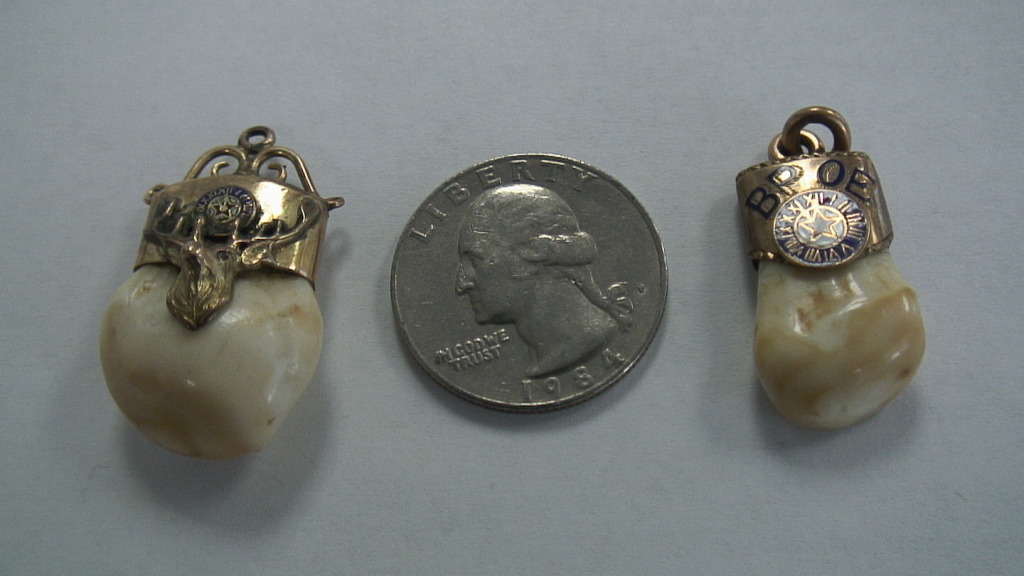 Elks Lodge is a fraternal organization with chapters all over the USA.   Commonly referred to as “The Elks”, the official and complete name is

The Benevolent and Protective Order of the Elks

This organization has been active in the United States since 1868.  Highly related, but a separate organization, is the Elks of Canada.   Some of the rites have been borrowed and modified from the masons.  The focus of this organization is social interaction and contribution to society.  Many notables, such as John F Kennedy, Franklin Roosevelt and George Patton were members of the Elks.  Social networking is a very important part of being an Elk.

Traditionally, part of being invested in being an Elk was having an Elk’s Tooth Gold Pendant.  This article presents image of the most common type of Gold Elk’s Tooth Emblem.  This particular ones were used as brooches and pendants.  There are also gold elks tooth rings.  Chances are that how elaborate the emblem was depended partly on the social status of the Elk Lodge Member.

The main features of the elks tooth Elk’s Lodge Emblem are the following: