Why Does Gold Goes Up in Value
This is a great question.  Everybody wants to know why gold goes up in value.  As the owner of Portland Gold Buyers, LLC,
I constantly get asked about this.  There is no one single answer to this.  My answer will seem a little long, but you are asking a complex question.
Gold may go up and down in the short term, but no matter what, just by inflation, gold always goes up in value,  The same can be said of real estate and other perennial assets.  However, in the case of the value of gold, since it is the ultimate, most time proven form of currency, the answer to why gold goes up in value is much more nuanced.
Gold and silver are the most perennial forms of currency.  Their supply and existing amount are based on how much is mined, how much is consumed by industry and how much is used for monetary purposes.
Three Things Drive the Value of Gold:
Industrial Demand
Gold, as consumed by industry, operates more as an industrial supply.  As an industrial metal, gold is mostly treated as a commodity.  Basically gold and silver, are critical ingredients in the manufacturing of a large variety of items.
Example:  The electronics industry is one of the largest consumers of gold and silver.  For electronics manufactures, such as Intel, AMD or Samsung, gold is an essential ingredient for manufacturing microchips.  For such manufacturers, gold and silver are commodities that they can't do without.  Older, large, main frame type computer chips have up to 1/4 of their mass in gold.  That is on of the reasons they were so expensive, and how much demand there is for recycling that type of electronics.  New computer chips have much less precious metal in them.  Although the amount of gold in them is minimal, they are still worth recycling.  Same happens with jewelry and other industries.  Eventually the all this products get recycled, and go back into the cycle.  Below is an image of gold recovered from electronic components.
Monetary Demand
With thousands of years of universal acceptance to prove it, gold and silver are the most reliable forms of currency.  The Babylonians had gold coins, the ancient Egyptians had gold coins, the Romans had gold coins, the Persians had gold coins, the ancient Chinese had gold coins, the Spanish Empire had gold coins, the English Empire had gold coins, the American government has gold coins.  No question about, gold is the ultimate type of currency, bar none.
Example:  Currently, all wealthy individuals, and central banks store at least part of their wealth in gold.  That is because no matter what, it will never go out of fashion.  The more these big boys buy and store, the more demand, and the higher the price.  The reason such individuals, governments and institutions store wealth in gold, is that they know, that if they have it in physical possession, unless by the use of force, it can be taken away.  Wealth stored in the form of electronic currency in a banking institution can be made to disappear, be confiscated or frozen in as little as seconds, without the owner to have any say.  That is not the case of gold.
Speculation
Speculation is currently maybe the largest gold price driver.   There is plenty of individuals and businesses that buy gold just for the sake of reselling for more (or for less).   This mostly happens via via futures market.  The gold is sold in the form ETFs.  ETF stands for " Exchange Tradeable Fund".  The main market for gold ETFs is the COMEX.   Gold transactions in the COMEX are "technical".  That is because very little of this material is actually in physical, deliverable form.  Basically, it can be said that non of this gold actually does not exist.  Thus the use of terms such as "technical sale".  However, somehow, this trading does go on in huge volumes, and it does affect the price of gold.
Example:  An bank or similar organization can do a "technical buy" of gold, not take possession, and then "technically sell it for more when the time is right, which may be as short as a few second.   It is hard for most individuals to make a profit this way, but not for the corporate traders.
So, to summarize, sooner or later, just by inflation, gold will always go up in value.  In the short term, gold goes up and down in value because of industrial demand, monetary demand and speculation.  Below is the image of a 24K gold chunk refined out of computer chips. 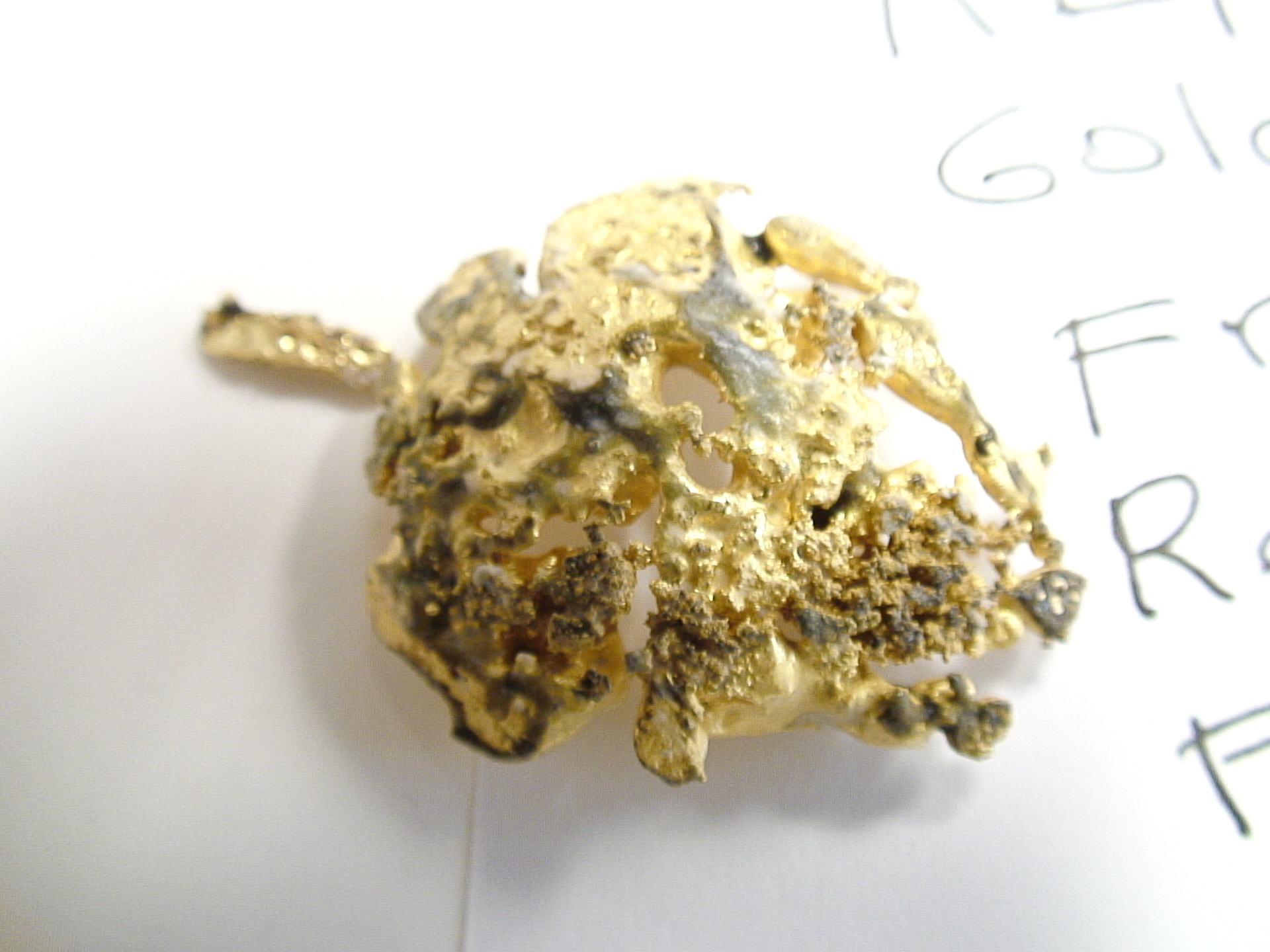